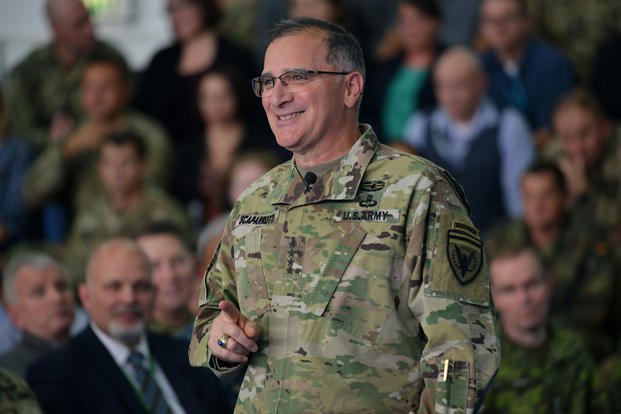 Croatian President Kolinda Grabar-Kitarovic on Tuesday decorated US General Curtis M. Scaparrotti, commander of US EUCOM, with the Order of Prince Trpimir with Ribbon and Star for his exceptional contribution to promoting the international reputation of Croatia and its Armed Forces, the President's Office said in a press release. 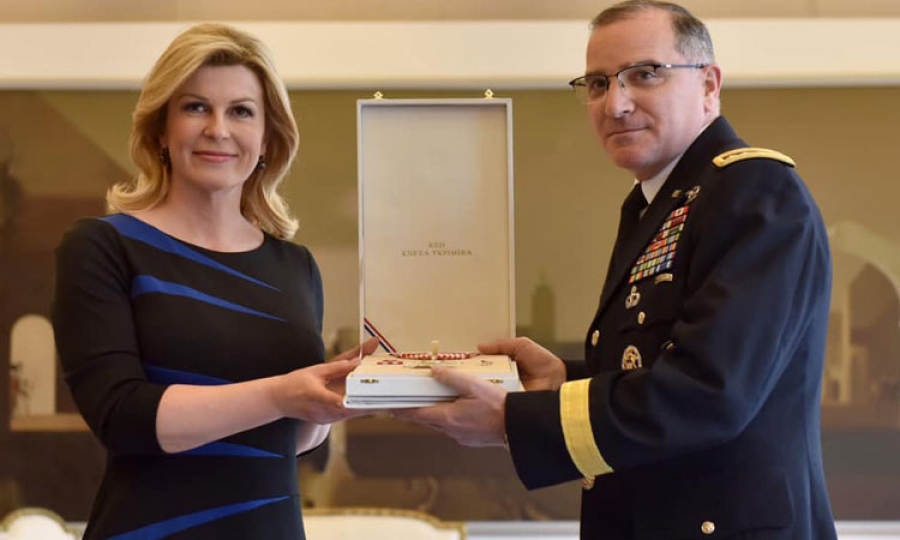 On the occasion of the decoration-awarding ceremony, the president praised General Scaparrotti as a sensible and devoted ally and a proven friend of Croatia.

NATO has been additionally fortified under his command as has the strategic partnership between Croatia and the USA, which is one of the foundations of Croatia's defence system, Grabar-Kitarovic underlined.

U.S. Army Gen. Curtis M. Scaparrotti assumed duties as Commander of European Command and as Supreme Allied Commander, Europe in late spring of 2016. He graduated from the United States Military Academy, West Point. He has commanded forces during operations in Iraq, Afghanistan, Zaire/Rwanda, Bosnia-Herzegovina and Liberia, the U.S. Department of Defense website notes.

Reprinted from The Dubrovnik Times 24 April, 2019.