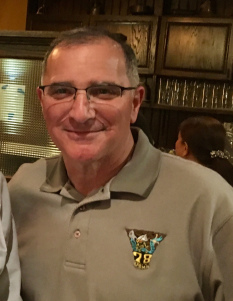 The following is a blog post by Max Hall posted to his ​ blog​ and reposted with permission. Max does an exceptionally nice job at capturing the true essence of our brother, classmate, soldier and friend.

As we gathered at the bar, we were older, heavier and grayer than in June of 1978 when we graduated from West Point. We’d come together to honor our classmate, General (4 stars) Curtis Michael “Scap” Scaparrotti, who was retiring after 41 years of service. Scap was the last member of our class to serve on active duty in the Army.

Scap had recently relinquished his job as the The Supreme Allied Commander Europe (SACEUR), and commander of the North Atlantic Treaty Organization (NATO). Since the start of NATO in the 1950s, there have been 18 commanders, including Eisenhower and Ridgeway. Not bad company.

There were 30 or 40 of us at the get-together and it was great to catch up. There were war stories (literally), news about kids and grandkids, jokes about old times, cancer updates, discussions of business possibilities, and any number of other topics. In addition to local DC folk, guys arrived from Georgia, Tennessee, Texas, New York and Colorado among other places. One classmate was departing for Afghanistan the next day (as a civilian). At one point, Scap shared a few thoughts with us, and spoke about the importance of our class to him over the course of his career. As I looked around the room, I thought about the story of our class since graduation.Proud and Great, ‘78.

981 of us graduated from the Academy in 1978. Some stayed in the military 5 or 10 years, while others retired at 20 or 30 years. We were Cold Warriors at the start, but then, among other places, fought in Somalia, Granada, Panama, the First Gulf War, Iraq, Afghanistan and the Global War on Terror. There were Peacekeeping operations in Bosnia and Kosovo. We held assignments taking us to at least 6 of the 7 continents in this world. Some of us worked missions we still aren’t allowed to talk about.

Our class produced 33 General Officers, 21 Civilian equivalents (SES level), and 1 General Officer in a foreign army (the Philippines). We count a Secretary of the Army and President’s Physician in our class. We have politicians, judges, lawyers, scientists, engineers, doctors, dentists, government employees, school teachers, and school superintendents among us. There are any number of captains of industry, including CEOs and Board Members of Fortune 500 firms, along with owners, managers, and CXOs of many, many other companies.

We are now in our 60s. With Scap’s military retirement, one phase of our class’s contribution to society is officially over. Some of us have retired and are playing with our grandchildren. Some are still actively working, in government, or in the business world. Others are starting totally new business ventures, or personal adventures, seeking the next big thing, or new ways to have an impact on our country and the world.

Many of you have watched the Army Navy Football game over the years, and observed the tradition that whoever wins the game, gets to sing their Alma Mater second. The third verse of the West Point Alma Mater is:

And when our work is done,
Our course on earth is run,
May it be said, ‘Well Done;
Be Thou At Peace.’

E’er may that line of gray
Increase from day to day,
Live, serve, and die, we pray,
West Point, for thee.

I’d like to think our class has earned a “well done” to date, but I also know we will continue to have influences, large and small, on this great country of ours. I can’t say enough about how thankful I am to be a member of the Proud and Great West Point class of 1978.

During his time on active duty, troops under his command served in the United States, Europe, Korea, Afghanistan, Iraq, Somalia, Zaire, Rwanda, Bosnia, and Liberia among other locations.