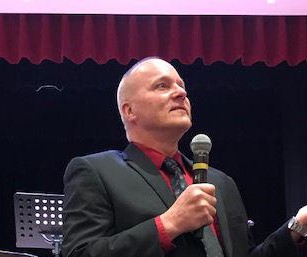 WELCH — McDowell County’s prosecuting attorney has been appointed by Gov. Jim Justice to fill the vacancy being created by the upcoming retirement of a circuit court judge, according to a letter released Wednesday by the governor’s office.

Justice said in a letter dated April 24, 2019 to Secretary of State Mac Warner that effective June 1, ​ he had appointed Edward J. Kornish of Welch as Circuit Court Judge of the Eighth Judicial Circuit​ to fill the vacancy created by the the retirement of the Honorable Booker T. Stephens.

Kornish is now McDowell County’s prosecuting attorney. He is the son of the late Delegate Emily Yeager, former member of the West Virginia House of Delegates. A native of Mercer County, he grew up in Bluefield.

Kornish’s family moved to Welch in the early 1970s and he finished his secondary education in 1974 at Welch High School and earned his undergraduate degree from the U.S. Military Academy in 1978, according to a previous story in the ​ Bluefield Daily Telegraph​ . He was on active duty for nine years. While he was stationed in Seattle, Wash., he decided to attend law school and later earned his law degree at the University of Puget Sound in Tacoma, Wash.

After practicing law in Illinois for a year, Kornish decided to return to West Virginia. He worked in the McDowell County Prosecuting Attorney’s Office for a year and a half before being called up in May of 1990 to active service in Operation Desert Shield and Operation Desert Storm. Kornish worked at the McDowell County Public Defender’s Office after he returned from service, but the prosecuting attorney at that time, Sid Bell, hired him as an assistant prosecutor in January 1993.

In January, Stephens announced that he would be retiring May 31 after serving the county as a circuit court judge for 35 years.

Stephens, 74, sent a retirement letter to Justice the last week of December 2018. Elected to the bench in 1984, he was re-elected in 1992, 2000, 2008, and 2016. He has been appointed multiple times to sit as a Justice on the Supreme Court of Appeals of West Virginia when a Justice has been recused from a case. He has been a member ofthe Mass Litigation Panel since 1997. He was a member of the executive committee of the National Conference of State Trial Court Judges from 1996 to 1997.

During his time on the bench, Stephens became known across West Virginia for the Law Day activities hosted annually at the McDowell County Courthouse. Law Day was celebrated for its 23rd year on May 1 in McDowell County. It was the last one Stephens worked on as a circuit court judge, but he said in an earlier interview that he hopes to participate in future Law Day activities.

Students compete by creating essays, posters, video competitions and other examples of their work. And by competing in these contests, the students can feel better about themselves and feel good about what they can actually accomplish, Stephens said.

— Contact Greg Jordan at ​This email address is being protected from spambots. You need JavaScript enabled to view it.