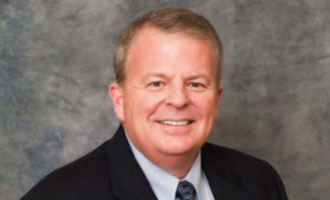 Southwest Gas Corporation announced the appointment of Paul M. Daily as CEO of its Centuri Construction Group, Inc. (the construction services subsidiary of Southwest Gas Corporation). As CEO, Mr. Daily will lead Centuri's strategy in partnering with North American natural gas utilities as they increase investments in critical infrastructure upgrades. He brings more than 35 years of operational and financial experience in the construction industry, with a large portion of his career focused on natural gas distribution systems.

"Paul is an exceptional leader with the ideal skill set to take Centuri to the next level," said John Hester, President and Chief Executive Officer of Southwest Gas Corporation. "He brings a deep understanding of the construction industry, long-standing relationships with gas distribution companies across North America and a collaborative management style. Throughout his career, Paul has consistently built world-class teams, developed and executed winning strategies and grown profitable businesses. Centuri has significant momentum, and we are confident that Paul will build on that progress to deliver even greater value for our shareholders, customers and employees."

"I have admired Centuri's success and am honored to join such an extraordinarily talented team," said Mr. Daily. "I believe Centuri is well-positioned to continue capitalizing on its unique advantages – its strong market position, unrivaled culture of safety and quality and full-service capabilities – to support its diverse set of gas distribution customers, many of whom are in the midst of multi-year pipeline replacement programs. I am excited about Centuri's future and look forward to contributing to its continued growth and development."

Mr. Daily, founded Paul M. Daily & Associates in 2014, after nearly three decades serving in senior level positions at engineering and infrastructure construction firms. From 2011 to 2014, he was Co-founder and CEO of Infrastructure and Energy Alternatives, LLC, a group of operating companies with more than 2,000 employees providing infrastructure design and construction services to North American energy clients.

He also held executive positions from 2003 to 2011 at InfraSource Services, a provider of underground gas, electric and telecom infrastructure services, where he oversaw strong profitable growth. Following InfraSource's sale to Quanta Services, in addition to his role as CEO of InfraSource Underground Services, he served as Quanta's Executive Vice President of the Natural Gas and Pipeline Division. In this role, he spearheaded the seamless integration of InfraSource into Quanta and successfully expanded the group's geographic footprint, client base and profitability.

Prior to InfraSource, he served as Senior Vice President of Construction and Project Delivery for Earth Tech. From 1987 to 2000, Mr. Daily held a number of roles of increasing responsibility at Willbros Group, Inc., including Vice President of Planning and Development, where he was a member of the Company's worldwide executive management team. Mr. Daily spent the first nine years of his career with the United States Army as a commissioned officer, managing petroleum and water logistics for the U.S. Department of Defense.