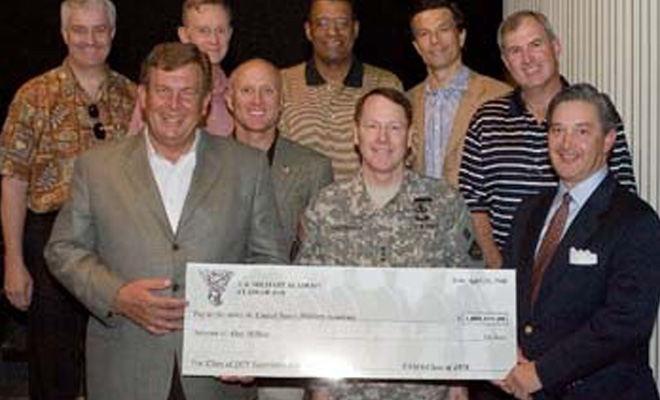 The Superintendent’s Endowment provides valuable unrestricted dollars for the Academy, and allows the Superintendent to plan for and allocate funds from a constant and reliable source, rather than depending on the fluctuation of year-to-year fundraising efforts. The “Class of 1978 Superintendent’s Endowment” has been benefitting cadets since the 2005-2006 Academic Year. Annual interest generated by the Endowment will help fund Margin of Excellence needs into perpetuity. Margin of Excellence needs are thoseprojects and programs that significantly enhance the cadet experience and are not funded by the Army; these programs include cadet activities, AIAD’s, trips and conferences, just to name a few.